No 'bigger' than 'mother, father': Mukesh Ambani gave a big message to students

Mukesh Ambani has given a big message to the students while addressing the convocation. He said that there is no 'Ji' bigger than 'Mother, Father'. Harshvardhan Goenka has also praised Mukesh Ambani's video. 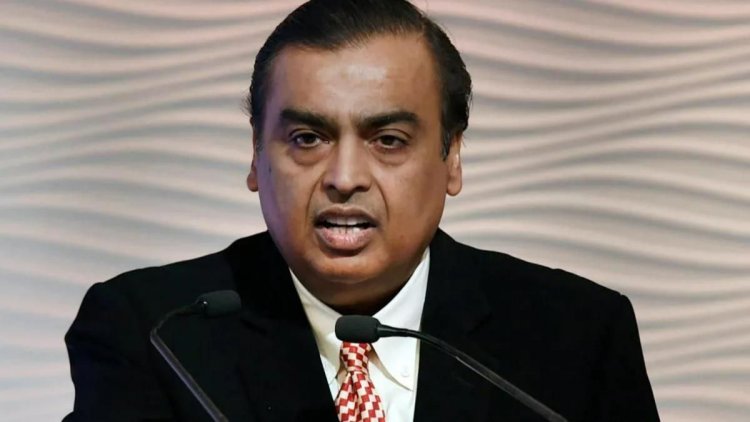 Reliance Industries President and billionaire Mukesh Ambani has given a big message while addressing the students in Gandhinagar, Gujarat last week, whose video is becoming increasingly viral on social media. He said that nowadays the youth are excited about 4G and 5G, but there is no G in the world bigger than 'Mother, Father'. He was a full-fledged pillar and will continue to be ahead.

Along with this, Mukesh Ambani said that "Your parents and elders are eagerly waiting for you to go on stage and get your graduate certificate. This has been their life dream. Even in the struggle, he has to bring you Never forget the sacrifice done and the sacrifice made. Parents are incomparable contributions to your success. " Apart from this, Ambani congratulated the students and said that they are confident that their 'bright young minds' will help the country grow by 2047 to grow $ 40 from the $ 40 trillion economy.

According to the list released earlier this week, Reliance Industries has emerged as a listed company in the most valuable stock market in India. This is followed by Tata Consultancy Services and HDFC Bank. The market capitalization of Mukesh Ambani -led Reliance Industries is Rs 17.25 lakh crore, which is about Rs 6 lakh crore more than TCS.

After the breakout, IRCTC shares decline, good chance of shopping for good earni...

IMA appeals to the public to avoid coronavirus, then fo...

BJP will campaign in MCD elections today with 100 veter...

Mandatory requirement of face masks during air travel i...