Opposition flares up on BJP over Uniform Civil Code in Gujarat! Know what Congress said to Kejriwal, Owaisi

Delhi Chief Minister and AAP leader Arvind Kejriwal have given a big statement on the question of the Uniform Civil Code in Gujarat. BSP chief Mayawati has fiercely targeted the BJP. At the same time, Owaisi has also asked a question to PM Modi. 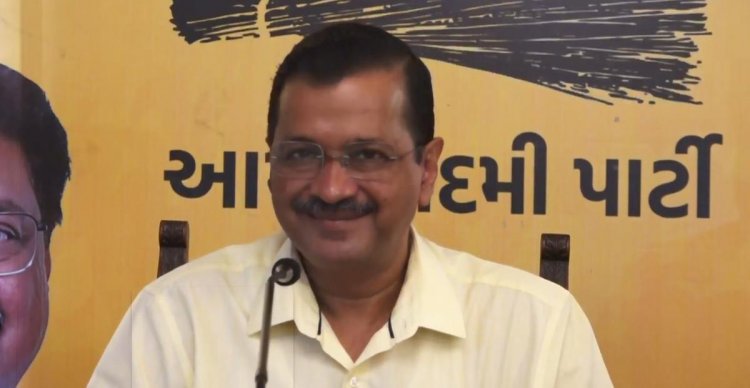 All the political parties are busy with their own strategy regarding the Gujarat Assembly elections. New promises are being made to woo the voters. In this episode, the Gujarat government has played a big bet before the elections. The formation of a committee to implement the Uniform Civil Code in Gujarat has got the green signal from the cabinet. All opposition parties including Congress, and Aam Aadmi Party targeted BJP regarding Uniform Civil Code in Gujarat. AAP convener Arvind Kejriwal, AIMIM chief Asaduddin Owaisi, BSP chief Mayawati and Congress have fiercely attacked the BJP.

All India Majlis-e-Ittehadul Muslimeen (AIMIM) President Asaduddin Owaisi says that BJP is raising the issue of the Uniform Civil Code in Gujarat Assembly elections to further its Hindutva agenda and get votes. Owaisi said that the central government led by the Prime Minister had told the Supreme Court that the states do not have the right to implement the Uniform Civil Code (UCC). This authority rests only with the Central Government.

Bahujan Samaj Party chief Mayawati has also targeted the Congress fiercely. Mayawati wrote in her tweet, instead of employment and development in the UP and other states, making Uniform Civil Code an election issue like controversial and divisive issues by BJP, making an election issue in Gujarat gives strength to this discussion. That the condition of the BJP there is not really good.

Mayawati wrote in another tweet, while the Center itself has recently said in the Hon'ble Supreme Court that no decision should be taken on the matter of the Uniform Civil Code yet because it will submit it to the 22nd Law Commission, then what will happen in the Gujarat Assembly elections? It is going to happen due to which BJP is distracted and bowing down.

Let us tell you that in the cabinet meeting of the Gujarat government on Saturday, the proposal to form a committee to implement the Uniform Civil Code has been given the green signal. The cabinet has given the responsibility of forming the committee to CM Bhupendra Patel. This committee will explore the possibilities of a Uniform Civil Code. For this, various aspects will be evaluated. The committee will be headed by a retired judge of the High Court.

PM Modi said - Student power is the foundation of a powerful India, the country ...

Pakistan Zindabad slogans in support of PFI, Shajis to ...