Pakistan will come on the path of revolution, if not through ballot box, then through bloodshed: Imran Khan

With the march of the Pakistan Tehreek-e-Insaf (PTI) party entering the fourth day, party President and former Prime Minister Imran Khan said that after seeing the revolution taking place in the country, it is now certain that the country is on the path of revolution. But, the only question is whether the voting will come through the march or the bloodshed. 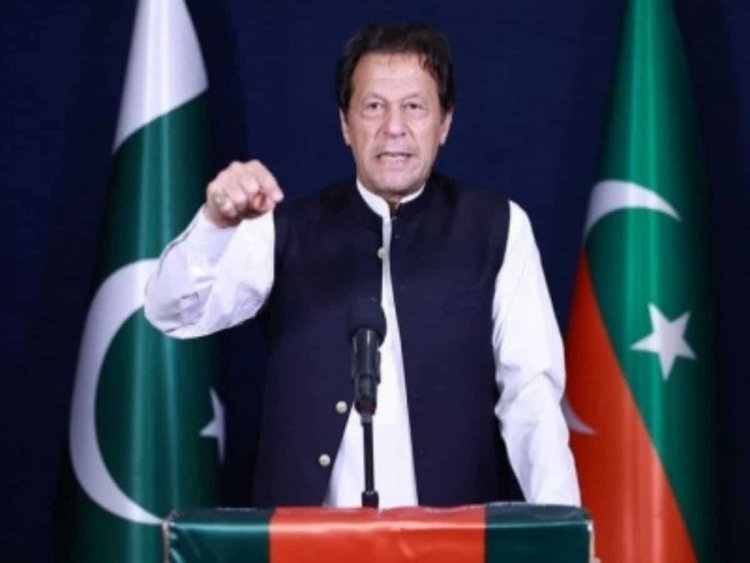 With the Pakistan Tehreek-e-Insaf (PTI) party march entering its fourth day, party president and former prime minister Imran Khan said that after seeing the revolution taking place in the country, the only question that remains is whether this march will take place. What will come from voting or bloodshed? The PTI president shared visuals of people participating in PTI's march on GT Road on Twitter, Geo News reported.

The former prime minister wrote on Twitter, "Jansamudra with our march on GT Road. For six months I am witnessing a revolution in the country. The only question is will it come through the ballot box or will it be disastrous through bloodshed?" Addressing the participants of the march in Sadhoki, he said that the organizations decided to support the thieves, due to which they lost the support of the nation.

Khan said PML-N supremo Nawaz Sharif was the country's criminal, while PPP co-chairman Asif Zardari was the country's biggest ailment. He told his supporters that it is time to change their fate and walk with the truth. Khan said, "These tyrants make us worship the idol of fear."

Ban in the sedition law will continue; Supreme Court has given time to the centr...

President Vladimir Putin Made A Big Announcement Amid T...

Trump gave a shock by saying that he will end the const...

After showing eyes to America, Saudi Arabia is now lyin...