President Draupadi Murmu on a three-day visit to Karnataka from today, will inaugurate several projects 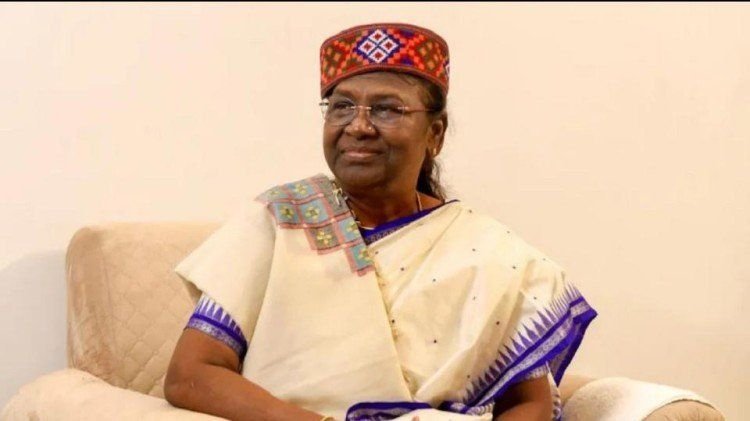 President Draupadi Murmu will be on the Karnataka tour from Monday i.e. from today to September 28. This was Draupadi Murmu's first visit to any state in the country after becoming the President. President Draupadi Murmu will inaugurate the Dussehra festival in Mysore today. After this, she will attend the Hubli 'Poura Sanmana' award ceremony, which is being organized by the Hubli-Dharwad Municipal Corporation. Apart from this, she will also inaugurate the new campus of the Indian Institute of Information Technology Dharwad (IIIT) in Dharwad.

On the second day September 27, President Draupadi Murmu will inaugurate the cryogenic engine manufacturing facility of Hindustan Aeronautics Limited in Bengaluru. She will also virtually lay the foundation stone of the Zonal Institute of Virology on this occasion.

President Draupadi Murmu will attend the opening ceremony of St Joseph's University on Tuesday. Along with this, citizens will also participate in the reception organized by the Government of Karnataka, which is being organized in honour of Her Excellency Draupadi Murmu. Along with this, the President will return to New Delhi on September 28 after attending two other programs.

According to the information received, President Draupadi Murmu will visit Tripura on October 14, where she will lay the foundation stone of the digital museum of the 105-year-old Pushpabanta Palace. Along with this, she can visit many states including Punjab in the coming days. In fact, Punjab Chief Minister Bhagwant Mann has also invited him to come to Punjab.

Recently, President Draupadi Murmu arrived in London to attend the funeral of Queen Elizabeth II of Britain, where she paid tribute on behalf of India. This was Draupadi Murmu's first foreign trip after becoming the President.