Ghulam Nabi may announce a new party in Jammu and Kashmir today, this will be the party's agenda

After leaving Congress, Ghulam Nabi Azad is preparing to announce the name of his new party. According to reports, former Jammu and Kashmir Chief Minister Ghulam Nabi Azad are scheduled to hold a press conference on Monday to unveil his new political outfit. 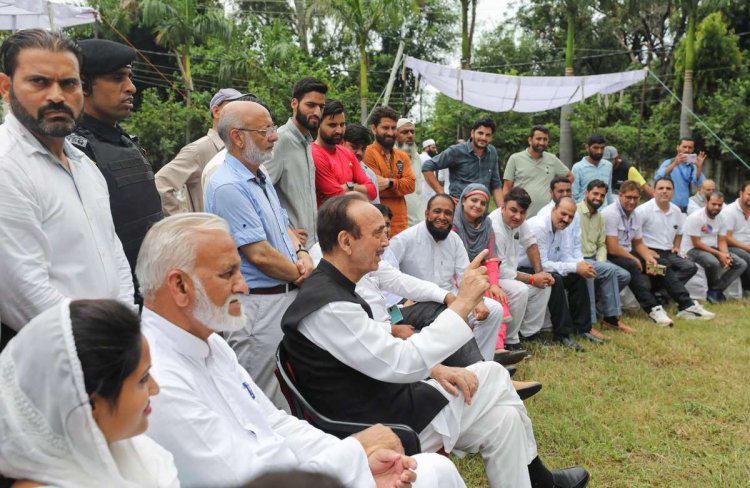 Former Congress leader Ghulam Nabi Azad is on a visit to Jammu and Kashmir these days. Responding to the question of Ghulam Nabi being asked about the new political party, he said that he is going to hold a press conference today. He is holding meetings with workers and leaders. If Azad's close friends are to be believed, he can announce his new party in Navratri.

He said that the name and flag of the new party have been finalized. The people of Jammu and Kashmir have decided on the name and flag for the party. I will give a Hindustani name to my party that everyone can understand. A new party will write a new chapter in the politics of Jammu and Kashmir. He had told me that the ideology of the new party will be like his name and only all secular people can participate in it.

During his first rally after resigning from the Congress party, Ghulam Nabi promised three things to his new party. Full statehood of Jammu and Kashmir, right to land and employment to the natives. Azad said the first unit of his political party would be formed in Jammu and Kashmir in view of the assembly elections. "My party will focus on full statehood, right to land and restoration of employment to the natives," he said.

President Draupadi Murmu on a three-day visit to Karnataka from today, will inau...

Supreme Court refuses to ban contesting on more than on...

Mamta Banerjee will not meet PM Modi separately, will v...