SCO Summit: Today is not the era of war... PM Modi spoke to Russian President Vladimir Putin in Samarkand 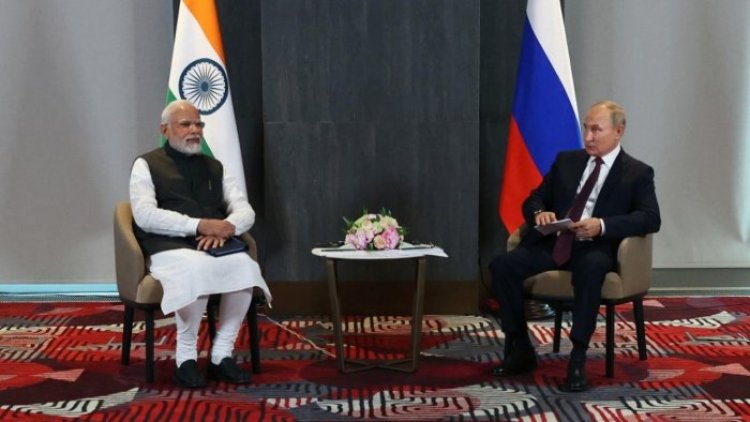 Indian Prime Minister Narendra Modi, who is in Uzbekistan to attend the SCO summit, meets Russian President Vladimir Putin. Several issues were discussed between the two leaders. During this, PM Modi expressed his concern over the Russia-Ukraine war. PM Modi told Putin that today's era is not of war. We all want this war to end as quickly as possible.

Prime Minister Narendra Modi told Russian President Putin that the biggest challenges facing the world even today are the problems of food security, fuel security, and fertilizers for developing countries. We have to find a way to do this. You too have to take the initiative. In a bilateral meeting with Putin, Prime Minister Narendra Modi said that today's era is not of war. We have also spoken to you many times over the phone about how democracy, diplomacy and dialogue touch the world.

During the conversation, Putin invited PM Modi to come to Russia. Regarding India-Russia relations, PM Modi said that the relations between India and Russia are getting stronger. Our friendship has been growing for 22 years. India-Russia For many decades together, our friendship has grown steadily. Apart from this, Russian President Vladimir Putin wished PM Modi his birthday.

During this meeting, PM Modi further said that we have been with each other every moment for the last several decades. Both countries are continuously working for the betterment of this region. I am grateful to you for the sentiments you have expressed for India at the SCO Summit today.

On the issue of the safe arrival of Indian students from Ukraine to India during the Russo-Ukraine war, PM Modi told Putin I would like to express my gratitude to you and Ukraine that at the beginning of the crisis when thousands of our students were trapped in Ukraine. With your help and Ukraine's help, we were able to evacuate our students.

Thousands of AIADMK workers took to the streets to protest against the hike in e...

Sisodia's letter to LG, asked- Why did not order an inq...

President Draupadi Murmu addressed on the eve of 74th R...