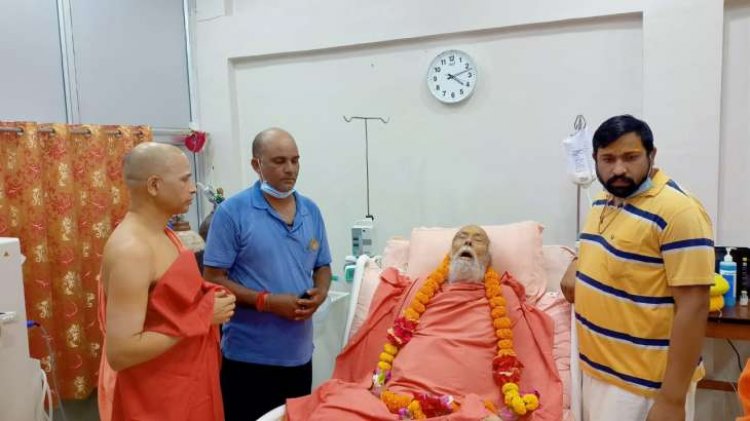 Astrologer and Shankaracharya of Dwarka-Sharda Peeth Swami Swaroopanand Saraswati passed away on Sunday. He said goodbye to the world at the age of 99. He had been ill for a long time. He breathed his last at 3.30 pm at Paramhansi Ganga Ashram in Narsinghpur, Madhya Pradesh. Shankaracharya's disciple Brahm Vidyanand told- Swami Swaroopanand Saraswati will be given samadhi at Paramhansi Ganga Ashram at 5 pm on Monday. Swaroopanand Saraswati was considered the greatest religious leader of the Hindus. He also went to jail after participating in the freedom struggle. He also fought a long legal battle for the construction of the Ram temple.

Recently his birthday was celebrated. Swami Swaroopanand Saraswati, the greatest religious leader of the Hindus, was born in a Brahmin family in the village of Dighori near Jabalpur in the Seoni district of Madhya Pradesh state. His parents named him Pothiram Upadhyay. At the age of nine, he left home and started the journey of religion. During this, he also reached Kashi in Uttar Pradesh and here he learned Brahmalin Shri Swami Karpatri Maharaj Veda-Vedang, the scriptures. This was the time when the fight to free India from the British was going on.

You will be surprised to know that in this period of the year 1942, at the age of just 19, he became famous as a revolutionary monk. Because at that time the freedom struggle was going on in the country from the British. When the slogan of Quit India was raised by the British in 1942, he too had jumped into the freedom struggle. During this, he also went to jail in Varanasi and where he spent 9 months. After this, he also spent 6 months in the jail of Madhya Pradesh.

Swaroopanand Saraswati also contributed a lot to the construction of the Ram temple. Shankaracharya Swami Sparupanand Saraswati had surrounded VHP and BJP in the name of Ram Janmabhoomi Nyas. He had said- "BJP-VHP want to make their office in the name of the temple in Ayodhya, which we do not accept. Shankaracharya is supreme among Hindus. We are the Supreme Court of Hindus. Temple should have a religious form, But these people want to give it a political form which is not acceptable to us.

World's first Moon Resort is going to be built in Dubai, know what will be the s...

Tejashwi Yadav said after AAP's claim of Kejriwal Vs Mo...