Shiv Sena Attacks BJP in Saamana: It is difficult to say when the ongoing political struggle in Maharashtra will end. But since the rebellion of Eknath Shinde, there is a war of words between Shiv Sena and BJP. In this episode, Shiv Sena has again attacked BJP through Saamana. 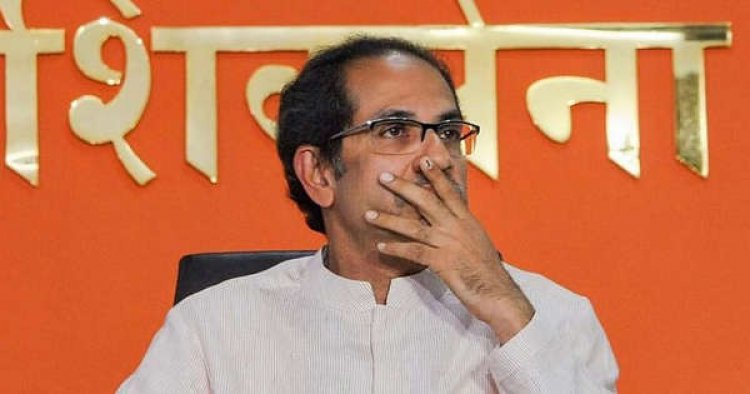 The political turmoil in Maharashtra is not over yet. Amidst all this, a war of words has started between Shiv Sena and Shinde faction-BJP. Both are leaving no chance to attack each other. Meanwhile, Shiv Sena has again attacked the BJP through its mouthpiece Saamana. Shiv Sena said Amit Shah, you keep on speaking like this, Maratha will definitely rise.

Shiv Sena has again made a big attack on BJP through the Saamana editorial. Shiv Sena has advised Amit Shah that if you keep on speaking like this, Maratha will definitely rise. It was said in Saamana that Union Home Minister Amit Shah talked about burying Shiv Sena and teaching Uddhav Thackeray a lesson. Now to control Mumbai.

He said if not now or never. Why did Shiv Sena break up? Chintamanrao Deshmukh will not be made in BJP, but the Shinde faction did it! Shiv Sena said that but Amit Shah should keep saying this. Maratha will surely rise. Union Home Minister Amit Shah came to Mumbai for Ganpati Darshan and showed hatred towards Shiv Sena. The entire Maharashtra saw it.

Saamana said that Shah gave a closed-door speech to Bharatiya Janata Party workers in Mumbai. It became public. He spewed venom from the statement and his speech is the height of ingratitude. Shiv Sena said that the dreadful face of Amit Shah and BJP's 'Mission Mumbai' has come to the fore.

Shiv Sena further said that Amit Shah and his people should keep repeating such speeches. This will create resentment among the public. Putting a gun on the shoulders of the Shinde faction and through Raj Thackeray, they decided to capture Mumbai.
newsletter

India warned to be careful if you are thinking of going to China to study medici...