Kiku Sharda, who was recently seen in 'The Kapil Sharma Show', has made fun of Ranveer Singh's nude photoshoot, whose video is becoming increasingly viral. 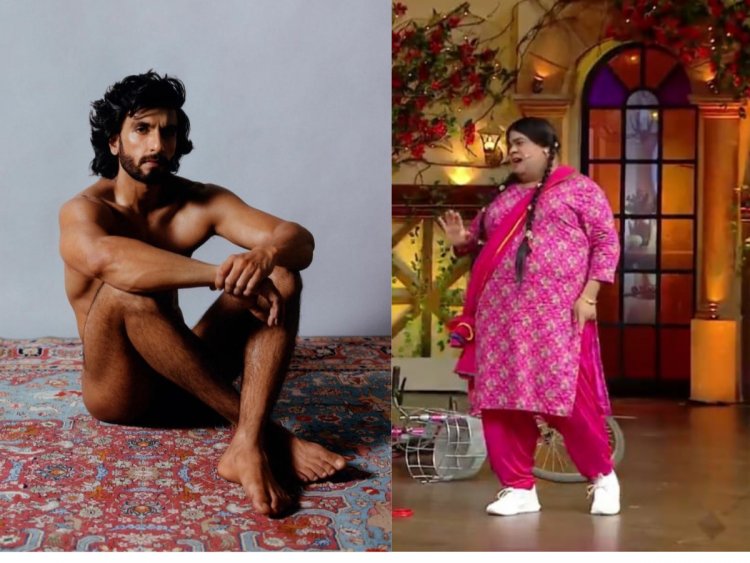 Bollywood actor Ranveer Singh got into a lot of trouble a few days ago by getting a new photoshoot done for a magazine, after which an FIR was lodged against him at a police station in Mumbai under obscenity law 67(A), After which he was summoned and he was also questioned a lot in this case. At the same time, Kiku Sharda, who was recently seen in comedian Kapil Sharma's famous show 'The Kapil Sharma Show', has made fun of Ranveer's nude photoshoot.

Yes, actually a promo of the show has been released on behalf of Sony TV, in which Akshay Kumar and Rakul Preet Singh are seen in Kapil Sharma's show, in front of whom Kiku became a washerman in the show. Sharda is seen making fun of Ranveer Singh's new photoshoot.

In the show, Akshay and Rakul had arrived for the promotion of their film 'Cuttputlli'. In the promo video, it can be seen that Kiku Sharda asks Akshay if you are friends with Ranveer Singh. Apologize to them on our behalf. It took a while for us to deliver the clothes and someone came and took his photo without clothes. I am sorry for that'.

After hearing this from Kiku, everyone present there along with Akshay and Rakul starts laughing. The promos of the show have been posted from Sony's official Instagram and Twitter accounts. People are also liking the video a lot. Also, the audience is missing some of the old actors seen in the show a lot.

This time big comedians like Krishna Abhishek, Chandan Prabhakar and Bharti Singh Nazar will not be seen in the show, explaining the reason why Chandan Prabhakar said that 'there is no special reason for this. They just want to take a break. Bharti Singh says about this that 'he is on a short break and is also a part of Sa Re Ga Ma Pa Li'l Champs'.