Supreme Court issues notice against Talaq-e-Bain and Talaq-e-Kinaya, know what is the whole matter

On Monday, the Supreme Court issued notice on a petition seeking a direction or declaration to declare all forms of unilateral extra-judicial divorce, including talaq-e-kinaya and talaq-e-bain, void and unconstitutional. The matter will be heard on October 11. 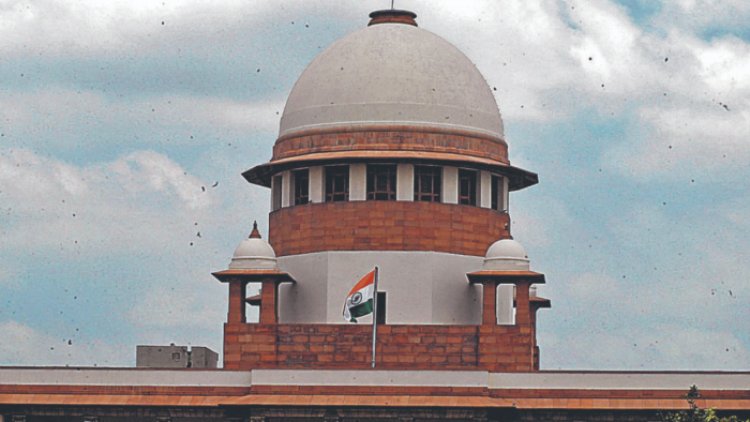 The Supreme Court issued notice on Monday on a petition seeking to declare 'Talaq-e-Kinaya' and 'Talaq-e-Bain' as unconstitutional. The court will hear these matters tomorrow i.e. on October 11, along with the petitions related to Talaq-e-Hasan and Talaq-e-Ehsan. A bench of Justice S Abdul S Nazeer issued a notice to the Center and tagged it with a similar petition. During the hearing, Justice Nazeer said, "It is very unfortunate. I was shocked to read about it."

Challenging the legality of 'Talaq-e-Kinaya' and 'Talaq-e-Bain' and all forms of unilateral extra-judicial divorce has been filed by a woman doctor from Karnataka, Syeda Amrin. Advocate Ashwini Upadhyay, appearing for the petitioner, told the bench that such divorce is not practiced in any other country and is banned in many countries. The PIL has also sought the Center to frame guidelines for 'gender neutral religion, neutral equal grounds of divorce and a common process of divorce for all citizens'.

The petitioner stated that her parents were forced to give her a dowry and later she was harassed for not getting a large dowry. When her father refused to give dowry, her husband gave her talaq-e-kinaya and talaq-e-bain through a qazi and a lawyer. The petitioner stated that along with beating her husband and his family, she was verbally harassed a lot. During the beating, the petitioner suffered serious injuries and several fractures. In October 2021, her husband left her at her parent's house and in January 2022 divorced-e-kinaya and talaq-e-bain.

The petitioner has also challenged the validity of the Muslim Marriage Resolution Act, of 1936. The petitioner urged the apex court to declare it invalid and unconstitutional, as it fails to protect Muslim women from these forms of divorce. The petition has argued that talaq-e-kinayah and talaq-e-bain and other forms of unilateral extra-judicial talaq are a vicious disease similar to sati and unfortunately afflicting Muslim women, who are suffering from extremely serious health, social and economic conditions.

“The religious authorities and Imam Maulvi Qazis etc., who propagate, endorse and authorize Talaq-e-Kinaya and Talaq-e-Bain and other forms of unilateral extra-judicial divorce, may, in their position, effect and the power to subject Muslim women to such coercive treatment which treats them as property, thereby violating their fundamental rights enshrined in Articles 14, 15, 21, 25.

Talaq-e-kinaya/talaq-e-bain are given through kinaya words. This means I free you, you are free now, you/this relationship is 'haraam', you can be separated from me now etc.