Urfi Javed has recently shared a bold video on her Instagram, in which she is seen topless and is seen eating Diwali sweets, which the users are looking very furious. 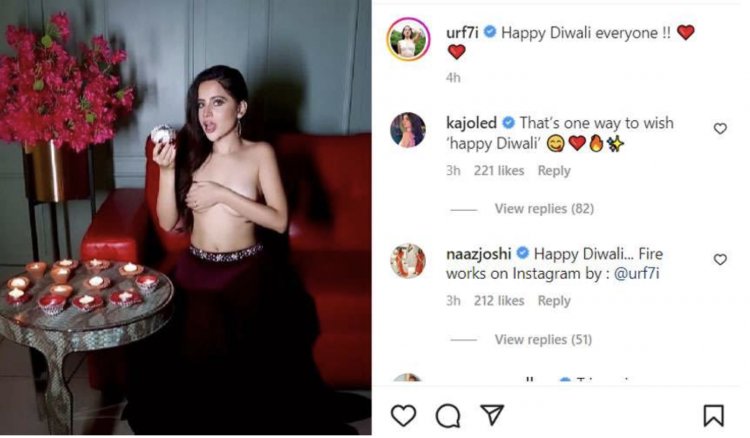 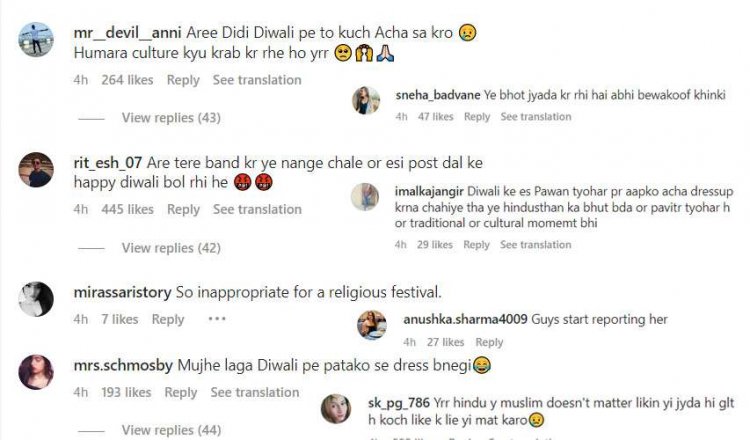 This video of Urfi is becoming increasingly viral. In this video of her where her fans are also wishing her Diwali and praising her looks a lot, some users are seen trolling her as well as raging at the actress. At the same time, Urfi is playing the song in the background of this video that 'Aaj jaane ki zid na karo'.

Apart from this, while sharing this video, Urfi wrote in the caption 'Happy Diwali'. Most of the users on the video commenting related to religion have said that 'Diwali is related to Hinduism. In such a situation, sharing videos by going topless is to ridicule the festival. Also, some say that 'do not respect your religion, what will it do to others'.

On the other hand, if we talk about the actress, then Urfi knows that people troll a lot on social media and make lewd comments about her photo videos. The actress has also talked about this during her many interviews. She had said something similar during her interview 'I will not lie, sometimes it happens, but I feel very comfortable in my body'.

Urfi further said that 'I am not ashamed. Even if there is ever a wardrobe malfunction, I don't mind the hour. Everyone has seen everything. Nothing new will appear like this. I have what you have, just the difference in size. Apart from this, she remains in the headlines for her statements.

Pair of Salman Khan and Sooraj Barjatya is going to create...