India's First Solar-Powered Car: Many new and best vehicles have been introduced at Auto Expo 2023. One of these electric cars is also a solar-powered car. This is India's first solar-powered car and can be charged by sunlight. Also, its driving cost is also very economical. 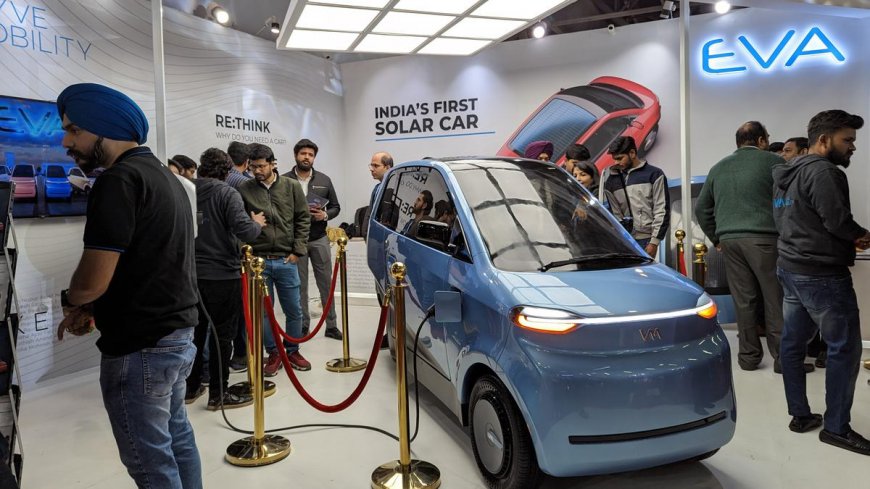 India's biggest automobile event Auto Expo 2023 has come to an end. Many companies from India and abroad have presented their vehicles at this event. These include electric vehicles as well as fuel-powered vehicles. However, due to the increasing popularity and demand for electric vehicles in the country in the last two years, the Auto Expo 2023 saw a boom in electric vehicles. But in this event, a car was also launched which is solar powered it. The name of this car is Vayve Eva, which has been introduced by Pune-based electric mobility startup Vayve Mobility. The prototype of this electric car has been introduced at Auto Expo 2023. It will be launched in the market next year.

Wayway company's electric car EVA will be able to charge from sunlight. Although it is an electors car and does not run entirely on solar energy, it gives Eva extra driving range. The solar panel mounted on the top of the car works as an option.

The driving cost of this Vaiway electric car EVA is very low. This electric car can run 1 kilometre in 80 paise.

It was informed by the company that their electric car EVA can be fully charged in just 45 minutes. A normal smartphone also takes more time to get fully charged.

Vaiway's electric car Eva is designed in such a way that it has a single seat in the front and the rear seat has been made slightly wider. Two doors have been given in this car and 3 people can sit in the car. A child with a driver in the front seat and an adult in the back seat.

Vijay Shekhar Sharma Was Then Appointed As The CEO Of P...