Only 26 days had passed since the completion of Air Force training, but this 22-year-old soldier decided to kill himself. In the case of suicide, the police are also looking for an answer to the question that what must have been the mood of the youth who was forced to take such a step. 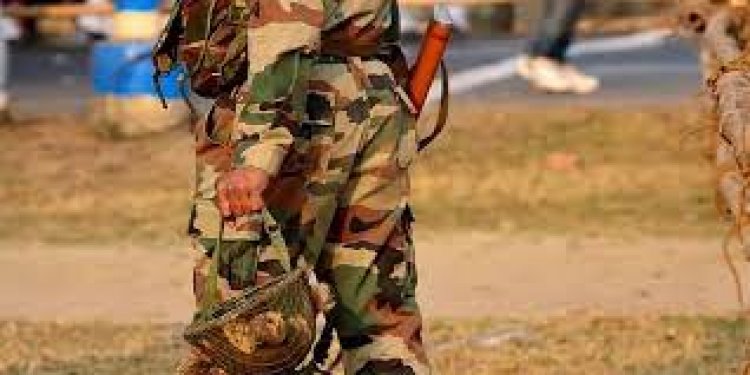 After going through many years of hard work and hard training, a soldier gets a chance to join the Air Force. To grab this opportunity, the candidate unites day and night. After that, he is able to reach the base camp of the Air Force. But after working so hard and getting the post, when a young man commits suicide, Rube trembles only after hearing such news. Similarly, a jawan who returned from Air Force training in Chennai, Tamil Nadu committed suicide at 4 am today.

22-year-old Nirav Chauhan, who became part of the Air Force after finishing his training in Chennai on August 21, has taken this big step. He was a resident of Kodinar town in Gir Somnath district of Gujarat. According to the information received from the police, Nirav Chauhan committed suicide with his service revolver. He was posted here at Avadi Air Force Base. Nirav was on duty at the entrance gate on Wednesday, where he shot himself with his own service revolver at 4 am on Thursday.

Hearing the sound of gunshots, the personnel present at the Air Force base ran towards the gate and immediately took Nirav to the hospital. The doctors declared him brought dead in the hospital. A case of suicide has been registered at Muthilapet Pulal police station. It is not yet known what caused Nirav to commit suicide. The police are trying to find out what must have been the reason, why Nirav took the big step of committing suicide.

Crores will be earned from the rubble of Twin Tower, know...

NIA will reach the mastermind of the terror plot! Soon...