Do you work for money or national awards? Ajay Devgn stopped speaking with the answer!

Ajay Devgn's upcoming film 'Thank God' is about to release soon. In such a situation, the whole of the film is very busy these days with promotion. Recently, the entire team reached comedian Kapil Sharma's show where he silenced the comedian with one of his answers. 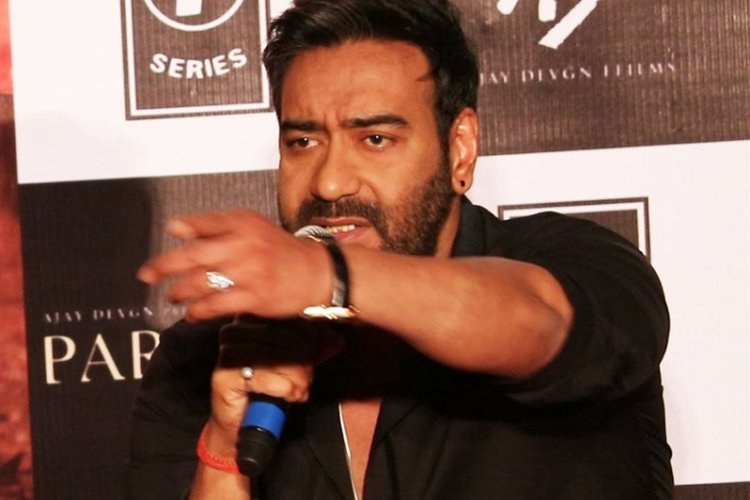 Bollywood actor Ajay Devgn will soon be seen in director Indra Kumar's film 'Thank God'. Apart from Ajay, Rakul Preet Singh and Sidharth Malhotra are also going to be seen in the lead roles in the film. The powerful trailer of the film has been released, which was well-liked. However, there has been controversy regarding the film, about which it is being said that this film is hurting the sentiments of the people. The role of Lord Chitragupta is being played in the film, which some people do not like much. At the same time, the fans of these stars are eagerly waiting for the release of the film.

This film is going to release in theatres on October 25 this month on the special occasion of Diwali. At the same time, these days the entire film is being promoted, which is being done in full swing. Meanwhile, for the film promotion, the entire team reached everyone's favourite comedian Kapil Sharma's comedy show 'The Kapil Sharma Show'.

Ajay Devgn, Rakul Preet Singh, Sidharth Malhotra and director Inder Kumar arrived on the show and had a lot of fun with the show's host Kapil Sharma. Along with this, he also shared many things related to his film with his fans, but in the meantime, Kapil Sharma asked Ajay Devgan such a question, in response to which the actor shut his mouth.

Actually, during the show, Kapil Sharma asked Ajay Devgan that 'Are they doing this film 'Thank God' to win the National Award again or to maintain their bank balance?'. Although Ajay transferred the question to the director of the film Indra to answer this question, he said together that 'The award is an effort and the audience liked this conversation'.

Apart from this, Kapil also asked the film's actress Rakul Preet that 'Kashu katli will be found in every sweet shop in Diwali, similarly every big Hindi film, you will find Rakul Preet'. On this talk of Kapil, Rakul starts laughing out loud. Before this film, Rakul appeared in the film 'Doctor Ji'.

‘Lakiro’ to be the First Gujarati Film to Launch NF...

Actor was apologizing on his knees, Rajesh Khanna kicke...