Huge amount of explosives recovered from the house of the youth killed in Coimbatore car blast, NIA starts investigation

Coimbatore Car Cylinder Blast: On October 23, a cylinder explosion took place in a car parked near the Kottai Easwaram temple in Coimbatore, Tamil Nadu. A young man was killed in this blast. Later, during the investigation, explosives were recovered from the house of the said youth. 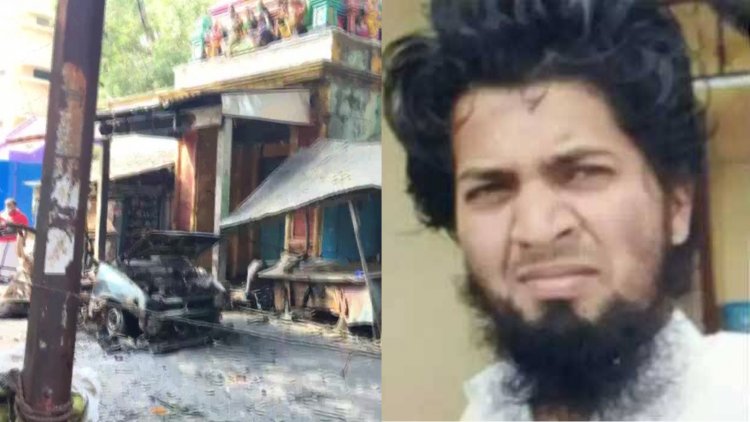 A day before Diwali, a car cylinder blast took place in front of a temple in Coimbatore, Tamil Nadu. A youth named Jashmi Mubeen was killed in this blast. In the investigation that started after the blast, the police recovered explosives from Mubeen's house. Since then this incident is being linked to terrorist activities. On the other hand, the investigation of the case was given to the National Investigation Agency (NIA) after the explosives were recovered from the house of the deceased. NIA has started an investigation into the matter.

Today Coimbatore Police recovered 50 kg of Ammonium Nitrate, Potassium, Sodium, Fuse Wire and 7V Batteries from the house of the deceased Mubeen. Police have arrested 5 people in the case. It is being told that Mubeen, who was killed in the blast, was an ISIS terrorist. Even Mubeen is being linked to the Sri Lanka blast. It is known that on October 23, a cylinder explosion took place in a car parked near the Kottai Easwaram temple in Coimbatore, Tamil Nadu.

The National Investigation Agency (NIA), has started a preliminary investigation into the car blast in Coimbatore, Tamil Nadu. South India is suspecting plans for a terrorist attack similar to the Easter bombings in Sri Lanka. Tamil Nadu Police officials have also found that Jashmi Mubeen tried to establish contacts with some terrorist elements, including the main conspirator of the Easter Day bombings in Sri Lanka.

According to media reports, the presence of Mohammad Talik, son of Nawas Khan, brother of Al Uma founder SA Bashas, ​​clearly indicated that there was a bigger conspiracy behind the car blast. Police are probing whether the car blast was a direct suicide attack or whether the gas cylinder blast was accidental.

Tamil Nadu Police has arrested five accused in the car blast case, officials said here on Tuesday. The arrested people have been identified as Mohd Talka, Mohd Azharuddin, Mohd Nawas Ismail, Mohd Rias and Firoz Ismail. Ukkadam is a highly sensitive area of ​​Coimbatore and was the center of action in the 1996 Coimbatore blasts, which killed 56 people and injured over 200.

WhatsApp service restored, WhatsApp was not working due to server down for about...

Forgery will not be possible in the name of ED, investi...

Hearing on free schemes in elections will be held in Su...

Whatever you have learned, give it back to the society ...