JDU's 'poster politics' for Nitish's claim for the post of PM, slogans were raised - 'How should the PM of the country be like Nitish Kumar'

Nitish Kumar PM Candidate: Poster politics has started regarding making JDU leader and Bihar Chief Minister Nitish Kumar the prime ministerial candidate of the opposition parties in the 2024 Lok Sabha elections. In Patna, the capital of Bihar, many such posters have been put up by JDU, which is telling Nitish's claim. 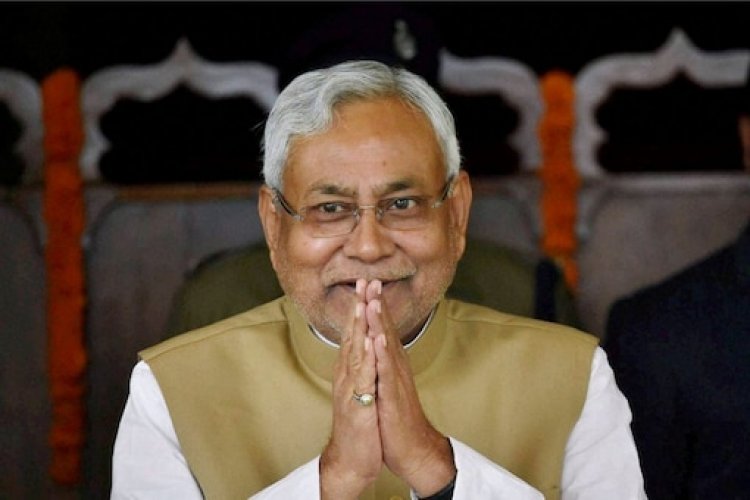 JDU, which has been in NDA with BJP for a long time, is trying to make its leader Nitish Kumar the prime ministerial candidate in the 2024 Lok Sabha elections. Nitish, who recently left the NDA, took oath as the Chief Minister for the 8th time in Bihar with the support of RJD, Congress and Left, may not be speaking anything on this matter but poster politics has started from his party JDU.

The way posters have been put up in front of the state office of Janata Dal-United in Bihar's capital Patna, it is clear that JDU has made preparations to prove Nitish Kumar's candidature for the post of PM. By the way, this is not the first time that Nitish Kumar is preparing to dominate the national level on behalf of JDU. Even before this, JD(U) leaders have tried to make an image at the national level by calling Nitish a worthy leader for the prime ministerial candidate, but so far without success.

The way Nitish Kumar switched sides from the BJP and joined the Grand Alliance, only then it was speculated that Nitish had left the BJP to become the Prime Minister. Now posters in the capital Patna are also giving their testimony. New posters were put up at the party office in Patna. In these posters, there is a picture of Nitish Kumar only in the name of the picture.

It is noteworthy that Telangana Chief Minister K Chandrashekhar Rao also visited Bihar recently. In Rao's press conference also, questions were asked about Nitish's candidature for the post of PM. After this Nitish, himself left the chair and stood up, but Rao too could not speak clearly. Meanwhile, today when Nitish was passing near the JDU office, seeing him, slogans were also raised that how should the PM of the country be like Nitish Kumar.

When JDU President Lalan Singh was asked on the new poster put up in the JDU office to be projected as a PM candidate for Nitish Kumar, he did not accept the claim for the post of PM but definitely said that Prime Minister Narendra Whatever promises made by Modi's government since 2014 have not been fulfilled.

The lives of innocent birds taken from cruelty, video viral on social media

Rakhi Sawant seen in hijab with boyfriend Adil, has the actress changed her reli...

BJP has maximum number of crorepati candidates in Gujar...

Who will be the prime ministerial candidate from Congre...