Nitish Kumar's PM Candidate: Former Bihar Chief Minister Jitan Ram Manjhi made it clear that Nitish Kumar will be the face of the PM candidate and in 2024 we will make him the Prime Minister. Manjhi has announced this by tweeting. 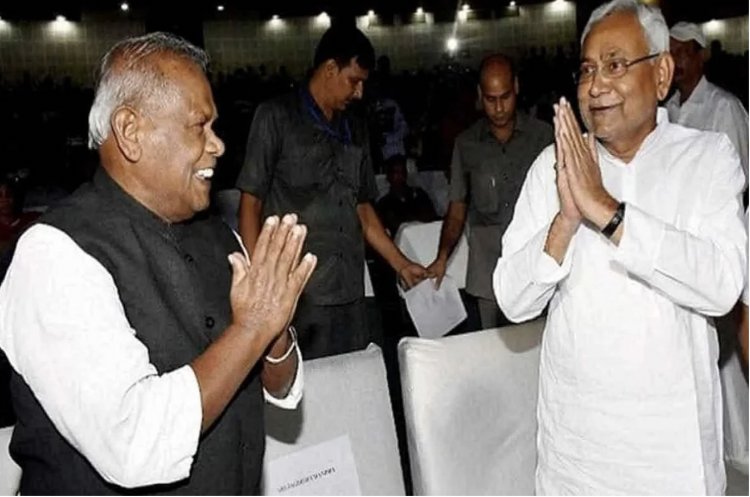 On Wednesday, Telangana Chief Minister KCR visited Patna. Where he met Nitish Kumar as well as Deputy CM Tejashwi Yadav, RJD supremo Lalu Prasad Yadav and Rabri Devi. After this meeting, KCR said that the BJP government has to be thrown out of the country by any means. However, on the question of Nitish's PM candidature, KCR started talking here and there. Now Nitish Kumar's aide and Hindustan Awam Morcha leader Jitan Ram Manjhi has given a big statement regarding Nitish's PM candidature.

Former Bihar Chief Minister Jitan Ram Manjhi made it clear that Nitish Kumar will be the face of the PM candidate and in 2024 we will make him the Prime Minister. Jitan Ram Manjhi has said through his Twitter handle, We had missed the time of Sardar Vallabhbhai Patel, who united the country. Today again the time has come when we are getting a chance that we should make Nitish Kumar, son of the Patel community, the Prime Minister in 2024. Then Sardar Patel united the country, and now again Patel's son will unite the country by fighting those who broke the country.

Here, the spokesperson of Jitan Ram Manjhi's Hindustani Awam Morcha, Danish Rizwan said that Nitish Kumar will become the Prime Minister in 2024 and for this, we will give our lives. He said that the India that we see today is the result of the hard work of Sardar Patel. Sardar Patel had laid down his life to unite the country, but we had missed that time.

Flood in the river during idol immersion in Jalpaiguri,...