Katrina Kaif and Mahesh Bhatt have a figure of thirty-six, hate each other's appearance

Katrina Kaif is in the headlines these days for her film 'Tiger 3' as well as her pregnancy rooms, but do you know that there is a figure of 36 between Katrina and director Mahesh Bhatt? This is the secret of their hatred. 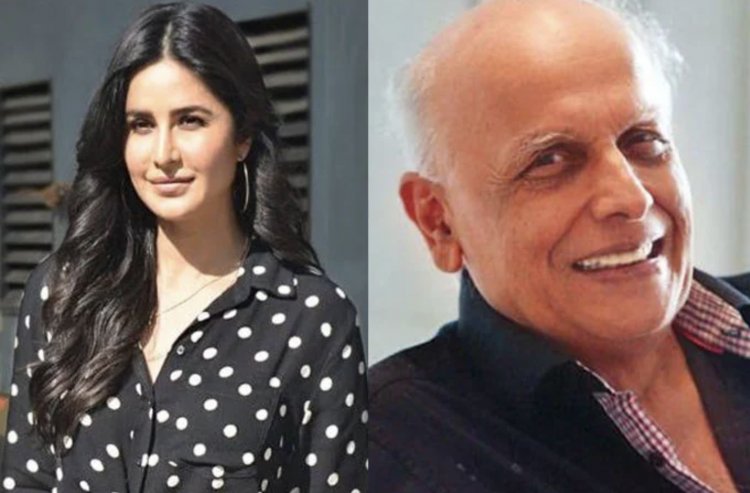 Katrina Kaif, the beautiful actress in the Bollywood industry, is in the headlines these days for her pregnancy rooms. As of now, there has been no reaction from the actress to these reports. A few days, the actress was spotted in a nursing home with her husband and actor Vicky Kaushal. Apart from this, he is also in discussions about his upcoming films. Meanwhile, old news about him is becoming very viral on social media. Katrina has worked with many stars and with film producers-directors. Mahesh Bhatt also used to be one of them.

Even in today's time, many big stars, producers, and producers wish to work with Katrina, but there was a time in her life when Mahesh Bhatt had thrown her out of his film overnight. After which there was hatred between the two. It is said that these two big stars of the industry still do not like to see each other's faces. Actually, the thing was that Katrina Kaif started her career with the film 'Boom' released in the year 2003, but this film proved to be a big flop at the box office. In this film, actors like Gulshan Grover, and Amitabh Bachchan were seen with Kat.

During the shooting of this film, Katrina was offered Mahesh Bhatt's film 'Saya', which the actress accepted and she was signed for the film, but when the actress's first debut release the film flopped at the box office. It was proved that Katrina was not able to speak Hindi properly, due to which Mahesh Bhatt threw Katrina out of his film without informing her and cast actress Tara Sharma in her place. As soon as Kat came to know about this news, she was badly broken. Not only this, but the actress was also very angry, but she could not do anything at that time, because at that time she did not have any special identity of her own.

In such a situation, the actress calmed herself down and made a commitment to herself that now she will become a big actress in the industry. After this, Katrina gained name and recognition from the film 'Sarkar' in the year 2005, after which she also worked with Salman Khan in the film 'Maine Pyaar Kyun Kiya'. After this film, Katrina started getting offers from many big films and today she is one of the well-known actresses in the industry. On the other hand, if we talk about Katrina's work front, then she will soon be seen in 'Phone Bhoot' and the film 'Tiger-3' with Salman Khan.

These Are Some Of The Best Films To Be Released In Theaters...