Parliament Proceedings Should Be Disrupted Only In 'extraordinary Circumstances': Manish Tewari

Amid frequent disruptions in Parliament, Congress leader and MP Manish Tewari on Sunday said MPs should seriously introspect whether disrupting Parliament is a "legitimate strategy". 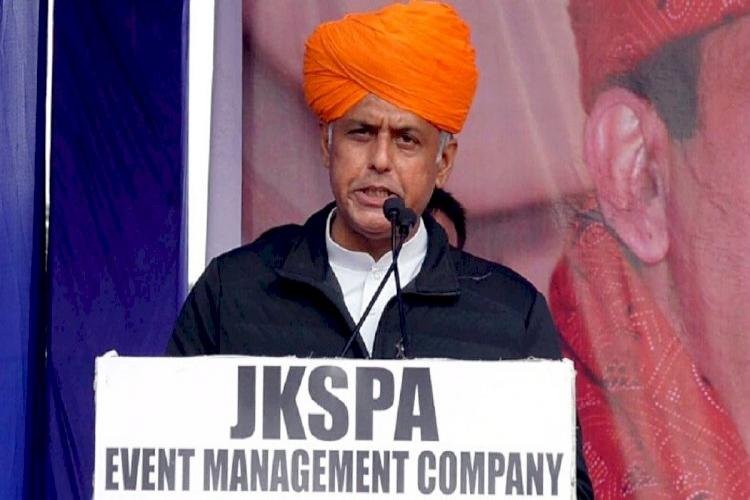 New Delhi : Amid frequent disruptions in Parliament, Congress leader and MP Manish Tewari on Sunday said MPs should seriously introspect whether disrupting Parliament is a "legitimate strategy". And it is only in "extreme circumstances" that the functioning of Parliament should be obstructed. Tiwari said that disrupting the proceedings of Parliament should not become a common practice. He said that the smooth conduct of the proceedings of the House was the responsibility of the government and to blame the Congress for repeated adjournments was "unfortunate and opportunistic", as the Bharatiya Janata Party (BJP) and its allies have been working since 2004. In 2014, the proceedings of the Parliament were disrupted several times when he was in the opposition. Tiwari said, "I had also suggested in informal communication with the Speaker of the Lok Sabha (Om Birla) that after the government business is over at 6 pm, on any subject suggested collectively by the opposition under Rule 193 Discussions should be held from 6 pm to 9 pm on every working day of Parliament.

Tiwari said that under the concurrent rule, discussions can be similarly held in the Rajya Sabha. He said that this would ensure that there would be no hindrance in government work and the opposition would be able to place the matters of their concern before the country, but unfortunately, it appears that the ruling party is not very enthusiastic about it and that opposition instead of allowing discussion on the concerns of the With disruptions instead of discussion becoming common in Parliament and the first week of the Monsoon session is called for, he said, "Unfortunately, the Parliament as an institution and the Legislatures collectively are part of the national discourse of the country." It has become irrelevant in the context.” He said this is mainly because MPs and MLAs from all parties across the country have systematically downplayed the importance of the institution over the decades. Tewari said, “What would you think of an organization whose disruption is common and in which functioning is an exception? If lawyers disrupt the functioning of the Supreme Court regularly, what would you think? If the secretary, joint secretary, or other officers continue to disrupt work for regular and long hours, what will you think of the executive?"

The MP said that therefore, MPs and MLAs should seriously introspect whether obstructing the functioning of Parliament is a "legitimate parliamentary strategy". Tiwari said, "If this (disruption strategy) has to be used, then it should be done thoughtfully in an odd situation, but doing so should certainly not become a common practice." On the issue of disrupting the proceedings of the House and demanding discussion on various matters, Tiwari said that people should see the time from 2004 to 2014 when the BJP and its allies were in opposition and they destroyed many sessions and one or the other. The Parliament was not allowed to function on the pretext. Tiwari, MP from Punjab's Anandpur Sahib constituency, said, "That's why I believe that blaming the Congress is unfortunate and opportunistic. The bigger and more fundamental question is the parliamentary culture, which has been spoiled or distorted and has been allowed to destroy legislative institutions for decades.

He said that, therefore, the stakeholders of India's parliamentary process - political parties and parliamentarians - must come together to find a mechanism so that the institution can regain the purpose for which it was set up by the framers of the Constitution and its ancient to regain the glory. On the opposition's allegation that the government did not allow the government to discuss key issues like an increase in the prices of essential food items and GST, Tiwari said that this is not the first time that a government has a huge majority in Parliament, but in 17 Lok Sabha. Of these, 10 governments had an overwhelming majority. He said that even though the size of the opposition was small till the late 1980s, conscientious members of the ruling party continued to support and encourage it. Tewari alleged that the most worrying thing is that the government not only tries to suppress the voice of the opposition but also "censors" the proceedings of Parliament.

What Will Be The Future Of Agniveers Who Retire After Four...