JNVU Jodhpur Election 2022: Arvind Singh Bhati has won in the student union elections of Jai Narayan Vyas University, Jodhpur. NSUI could not win despite applying all its strength. 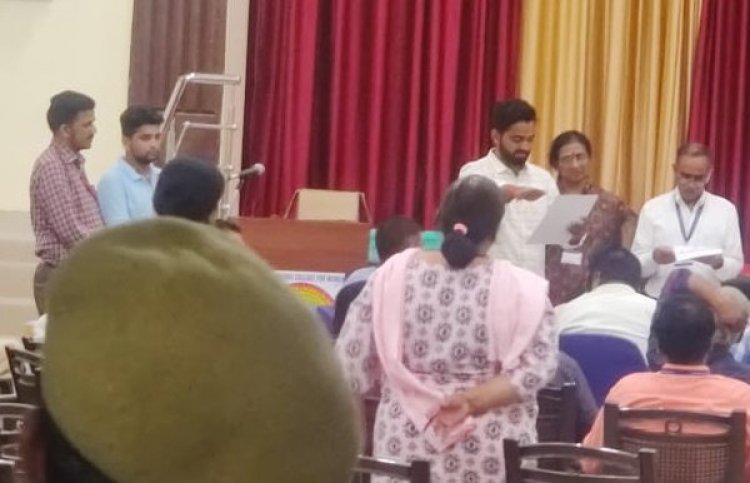 The fifth and sixth rounds had a total of 2272 votes.  Out of this, 1 thousand 93 votes were received.  Harendra Chaudhary got 992 votes and Rajveer Banta got 143 votes.  While 6 votes went to NOTA, 38 votes were rejected.  Let us tell you that this time the student union elections of Jai Narayan Vyas University, Jodhpur had become quite interesting.  NSUI made full use of power.  The organization applied full force but despite this, it could not win the election.  After being cut from NSUI, Arvind Singh Bhati landed as an independent, who was later nominated by SFI as its candidate.

Fifteen times fine will be imposed for removing vehicle without registration and...

Raised Slogans And Cheering Amid Heavy Rainfall To Supp...