Sonia Gandhi's Mother Passed away: These days Sonia Gandhi has gone out of the country for her treatment. She was also going to meet her ailing mother while returning to Delhi. Meanwhile, the Congress leader has informed that his mother died on Saturday itself. 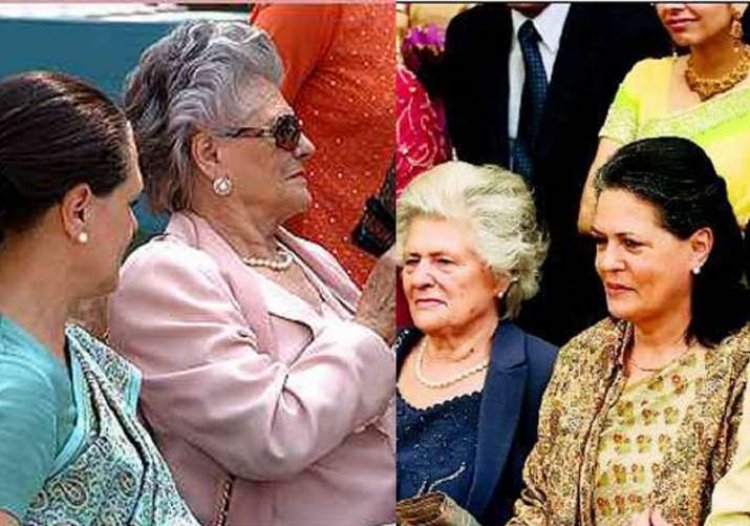 Sonia Gandhi's mother Paola Maino passed away on Saturday. He was given a final farewell on Tuesday. His mother was ailing for a long time. These days Sonia Gandhi and her family are out of the country. Sonia Gandhi is also ill and she had gone to England for her treatment. Congress leader Jairam Naresh has tweeted about the death of his mother.

He tweeted, "Sonia Gandhi's mother Paola Maino passed away at her home in Italy on Saturday 27th August. Her last rites were performed yesterday."

Earlier on August 28, Sonia Gandhi, Rahul and Priyanka attended the CWC meeting of Congress through a virtual medium. The election for the post of Congress President was to be discussed in that meeting, but it was later postponed till October. At that time no family member had given information about this. This sad news is coming at a time when the Congress party is preparing for the 'Bharat Jodo Yatra' from Kanyakumari to Kashmir which is going to start from 7th September.

Congress President Sonia Gandhi has gone abroad with Rahul Gandhi and Priyanka Gandhi for a medical examination. Sonia Gandhi is also very ill these days and went to England for treatment. During this time she was also going to meet her ailing mother. Jairam Ramesh himself had given this information by tweeting. He wrote, "Congress President Sonia Gandhi, along with Rahul Gandhi and Priyanka Gandhi Vadra, will travel abroad for a medical check-up."

'Will Amit Shah have to take a passport to come to Bihar',...