Rishi Sunak VS Liz Truss: Indian-origin Rishi Sunak has a chance to take the lead

Rishi Sunak and Liz Truss are now expected to face tough competition in who will be the next Prime Minister of Britain from the Conservative Party. A recent statement from Truss is a chance for Rishi Sunak! Let me tell you what is the statement. 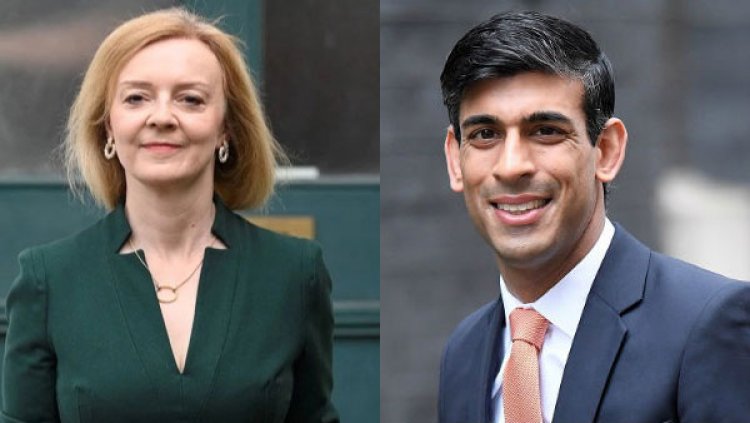 Foreign Secretary Liz Truss has said that the jury is not unanimous on whether President Macron is Britain's friend or foe. If she becomes the prime minister, she will test him not by words but by her actions. Liz Truss made this comment in response to a question during the Hastings event in Norwich. At the same time, when the same question was asked to Indian-origin Rishi Sunak, who is said to be behind in the race for the post of Prime Minister, he called Macron a 'friend'. He said the French president is a friend of Britain and would like to re-establish Britain's ties with Europe if he succeeds Johnson as prime minister.

Since this statement, Liz Truss, who is running ahead of former finance minister Rishi Sunak in the race for the post of Prime Minister of Britain, was embroiled in controversy on Friday over her statement about French President Emmanuel Macron. Foreign Minister Truss had said that 'it is yet to be decided whether Macron is a friend of Britain or an enemy', not based on statements.

Truss was answering questions on Thursday evening at an event in Norwick, eastern England. On the other hand, in response to the same question, Sunak said that the French President is a "friend" and he has said before that he would like to repair Britain's ties with Europe if he succeeds Boris Johnson. Truss was asked whether the French President is 'friend or foe?' To this, he replied, 'It has not been decided yet. If I become the Prime Minister, I will take a decision about him after seeing his work, not on the basis of statements.

After this statement of Truss, the opponents have got an opportunity to attack him. The opposition Labor Party hit out at Truss, saying his statement would be seen as an insult to one of Britain's closest countries.

This statement of Truss seems to have come as a surprise to Macron too, but he reacted very softly to it. "I have no doubt that Britain is a friend of France," Macron said. You know we live in a complex world.'

Macron further said, 'If we are not able to say between the people of France and Britain whether we are friends or enemies, then the word neutral will not be spoken. Then we are moving towards a serious problem. That's why I speak of the British people, Britain as a friendly, strong and cooperative nation, regardless of its leaders. Members of Truss's party also criticized his statement on social media. Former Secretary of State Alistair Burt said Truss had made a serious mistake and that he should take a more diplomatic stance.

At the same time, experts believe that this one statement of Truss can spoil all his aspirations of becoming the Prime Minister of Britain. Let us tell you that Truss is leading far ahead of Sunak in all opinion polls and his becoming the next Prime Minister of Britain was almost certain till now. However, how much this statement about Macron affects his election campaign, only time will tell.

Ghulam Nabi Became 'Azad' From Congress, So Why Did Mallikarjun Kharge Say You M...

Fifteen times fine will be imposed for removing vehicle without registration and...

2 killed in Poland due to Russian missile attack: Zelen...

Pakistan will come on the path of revolution, if not th...

More than half of Pakistan submerged in floods; Declare...