Air Indian Express Flight: In the last few days, cases of flight lapses of aircraft have increased. The flight of the planes has to be cancelled due to collision with birds as well as other technical glitches. Now the latest case has come from an Air India Express flight. 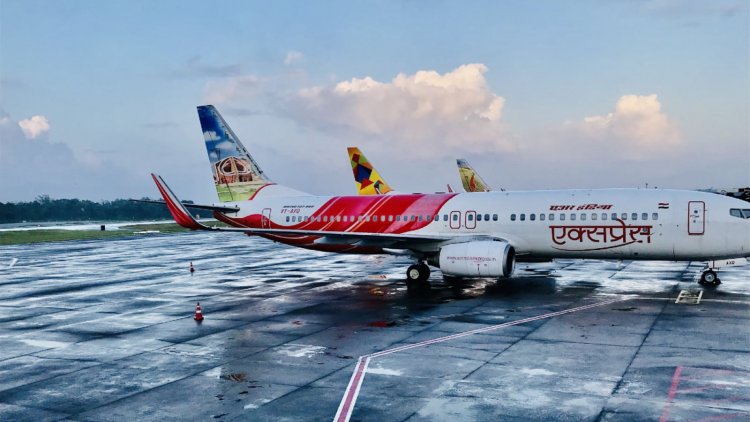 It was told that the incident, which saw smoke in the flight, took place on an Air India flight from Muscat to Kochi. Due to this technical lapse on Wednesday, passengers were landed in an emergency. According to the information received, the smoke has been seen on Air India Express flight IX-442, VT-AXZ just before take-off. The flight then consisted of 141 passengers and 6 crew members.

As soon as the smoke was seen, everyone was evacuated safely amidst the situation of chaos. It was told that what caused the smoke in the plane is being investigated. On the other hand, another aircraft is being arranged for the passengers. The plane was going from Muscat to Kochi. It is known that even before this, on August 25, an Air India flight from Sydney to Delhi had to make an emergency landing in Kolkata.

In July also, an Air India flight coming from Dubai to Kochi was made to land in Mumbai after a technical snag was detected. During the take-off of an Air India aircraft at the Indira Gandhi International Airport in the capital Delhi, the car reached near the wheel. For the past few days, such incidents of technical error during the flight of such aircraft have increased. Due to this, the people travelling by air have created an atmosphere of panic.

Due to the rise in inflation in America; Effect can also be seen in the Indian s...

President Draupadi Murmu will attend the funeral of Queen Elizabeth II of Britai...

Terrorists are not well! CRPF will give weapon training...

After CRPF, the police also said- Rahul Gandhi himself ...

G-20 Summit: PM Modi will participate in many programs ...