After breaking ties with the NDA, many types of speculations are being made about Nitish, who again formed the government with the Grand Alliance. Meanwhile, Tejashwi Yadav has said that if the opposition considers Nitish Kumar's name, he can be a 'strong candidate' for the post of Prime Minister in 2024. 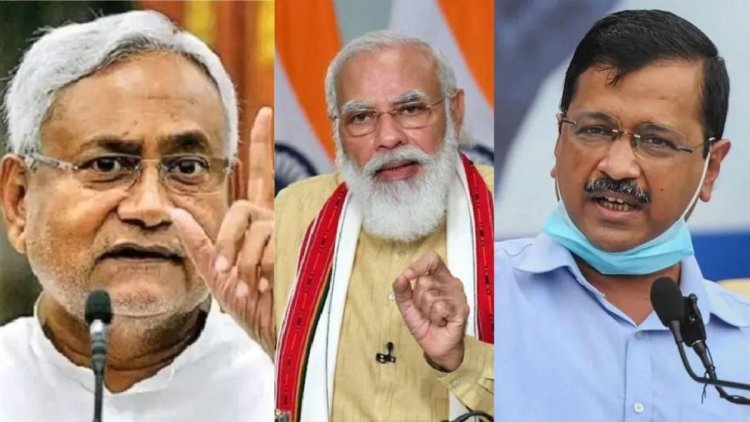 In Delhi, it was claimed by the Aam Aadmi Party that the fight of 2024 will be Modi vs Kejriwal. Meanwhile, in Bihar's capital Patna, Deputy CM Tejashwi Yadav said that Nitish Kumar of JDU can emerge as a strong candidate in the race for the Prime Minister's post from the opposition in the year 2024. He said that if the opposition considers this, then Nitish Kumar has a very good image, so there is every possibility of him being a strong contender.

Tejashwi Yadav said that for the last 50 years he has been a social and political activist, and he has participated in JP and reservation movements. Tejashwi further said, "I cannot claim to speak on behalf of the entire opposition, but if considered, Nitish Ji can definitely be a strong candidate. He has more than 37 years of parliamentary and administrative experience. And he enjoys immense support at the grassroots level as well as among his peers."

When Tejashwi was asked if Nitish Kumar could be the opposition candidate? In response, Tejashwi said, "I leave this question to honourable Nitish Ji. I cannot claim to speak on behalf of the entire opposition, although if it is to be believed, respected Nitish Ji can certainly be a strong candidate." Deputy CM Tejashwi Yadav says that the question of considering Nitish Kumar as the face of a united opposition in the next Lok Sabha elections has been asked many times since then. However, Nitish Kumar has already said that he has no aspirations to become the prime ministerial face of the opposition.

Tejashwi said that the Grand Alliance government in Bihar is a good sign for opposition unity, it shows that most of the parties recognize the big challenge before the country. He said that regional parties and other progressive political groups have to look beyond narrow gains, and losses and save the republic. Tejashwi termed the BJP's allegation of 'jungle raj' as useless and meaningless.

Earlier, JDU President Lalan Singh said in a statement, "Nitish Kumar's main focus is on uniting the opposition parties to take on the Bharatiya Janata Party (BJP) in the 2024 Lok Sabha elections. Weeks will be visiting the national capital after the trust vote in the Bihar Assembly to meet leaders of various parties. If other parties want, that can be an option."

Team India Reached Birmingham Under The Leadership Of H...

Telangana Chief Minister will go to Bihar, will brainst...