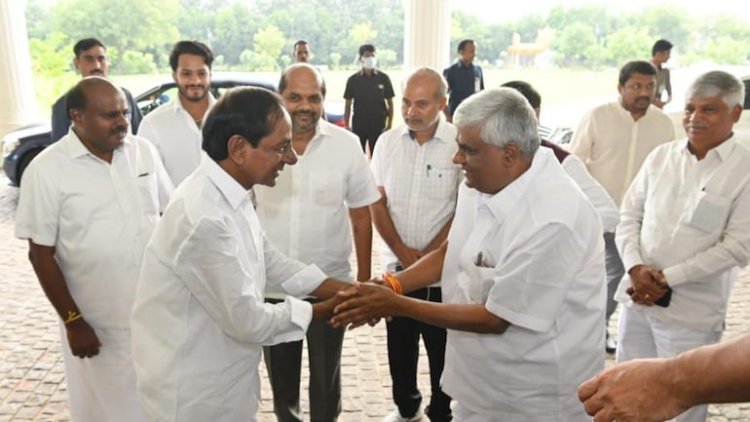 On the occasion of the formation of the new party, there was an atmosphere of celebration in Telangana House. KCR's supporters were seen blowing Abir-Gulal and setting off fireworks. It was told that more than 250 leaders, workers, MLAs, MPs, ministers and district level functionaries of KCR's party were present at the time of the announcement of the new party.

In the 2024 Lok Sabha elections, KCR is engaged in the formation of a third front consisting of non-BJP and non-Congress parties. In this episode, he reached Bihar last month, where he met Chief Minister Nitish Kumar and Deputy CM Tejashwi Yadav. After this, former Chief Minister of Karnataka HD Kumaraswamy also recently visited KCR.

Goods and toys worth crores seized from Mundra Port in...