Announcement of the date of assembly elections in Himachal, know place and further details 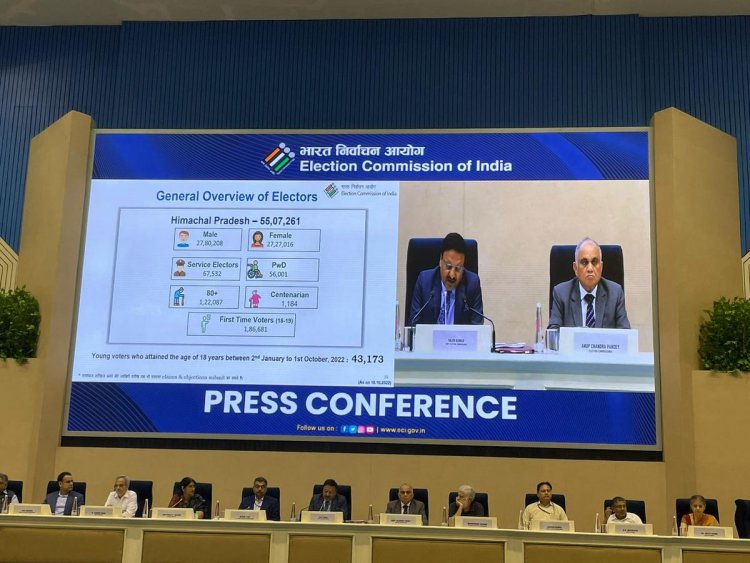 It is to be known that the term of the Vidhan Sabha in Himachal ending in November and the term of the Legislative Assembly in Gujarat is ending in December. In such a situation, the Election Commission has announced elections for the formation of a new government in both states.

At present, there is a BJP government in Himachal Pradesh. If we look at the electoral history, Congress has been the main opposition party here. But this time the Aam Aadmi Party is also entering the fray with full force. In the press conference, the Election Commissioner said that the commission is committed to free, fair, elections. Special preparations have been made so that the voters can vote comfortably so that the young and the elderly reach the voter booth.

The Election Commissioner informed that the names of new voters can be added to the voter list till the day of enrollment in the voting states. Along with this, the process of adding new voters to the voter list will be started four times in a whole year for other states.

Every polling station will have access to ramps, electricity, sheds, drinking water etc. for the differently-abled. A pink booth will be made to show the empowerment of women. Also, some booths will be operated only by differently-abled personnel. All the preparations have been made so that the maximum number of voters reach the booth.

There is a total of 68 assembly seats in Himachal Pradesh. Himachal went to polls in just one phase in 2017 on November 9. At present, there are 53 lakh 76 thousand 77 registered voters in the state. Last time the voter turnout was 75.28 percent. At present, there is a BJP government in Himachal Pradesh. Jai Ram Thakur is the Chief Minister here. Congress is the main opposition party here.