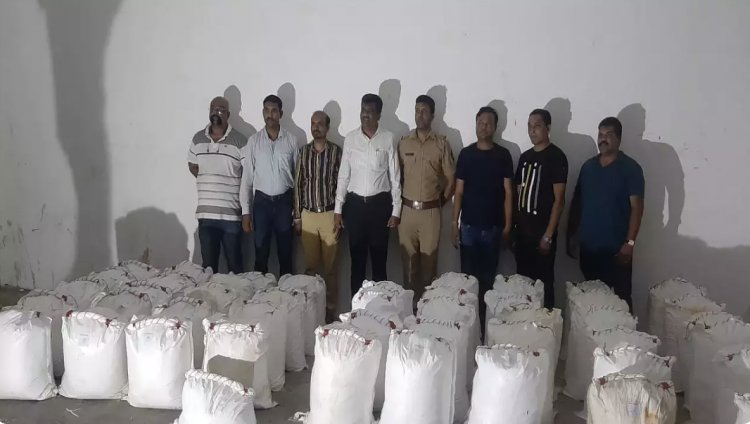 Officials said that during the raid of Anti Narcotics Cell, about 513 kg of MD drugs were recovered. The seized drugs are worth Rs 1,026 crore in the international market. Along with this, 7 accused including a woman have been arrested by the police.
Please tell that MD drugs are also called 'mephedrone' or 'meow meow'. It is banned under the National Narcotic Drugs and Psychotropic Substances (NDPS) Act.

Earlier last Wednesday, Mumbai Police seized 701.74 kg of drugs worth Rs 1403 crore after raiding a drug manufacturing unit at Nalasopara in Palghar district. Then five accused were arrested on the spot. The ANC claimed that the consignment of drugs was to be supplied to Mumbai and adjoining areas.

The 52-year-old man accused caught in this case is a postgraduate in organic chemistry, who taught himself how to make mephedrone drugs and started this black business. In this action, four accused were arrested from Mumbai, while one person was caught in Nalasopara. A woman is also among the accused.

Strong comment of Calcutta High Court: 'Government job is not available in West ...

Modi government will change the name of Rajpath, 'Duty ...

PM MODI’S PICTURE SURFACED AS HE VOTES FOR PRESIDENTI...