Bonus to Railway Employees: Great news about railway employees has come to the fore. The Modi government has announced to give 78 days' salary as a bonus to railway employees. After the cabinet meeting held today, this information was given to Union Minister Anurag Thakur in PC. 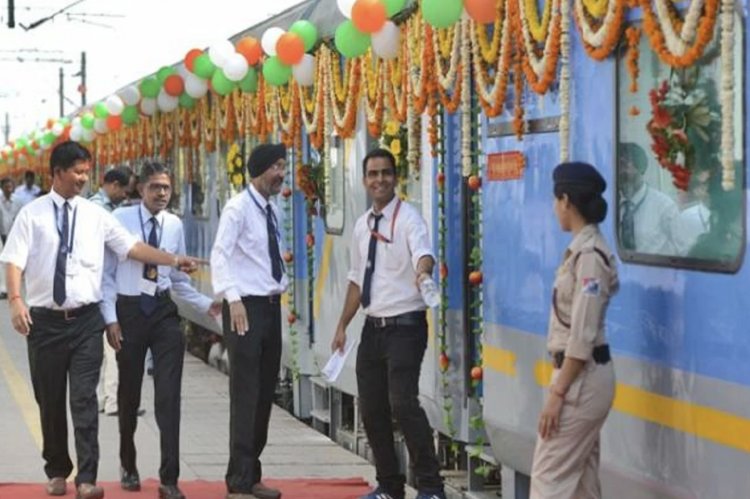 The Union Minister said 11.27 lakh railway employees will be given a Diwali bonus. This will be a bonus of 78 days. Its maximum limit will be Rs 17951. It was informed in the PC that a productivity-linked bonus of Rs 1,832 crore will be given to the railway employees. Apart from this, one time grant has been approved for oil marketing companies in the cabinet meeting.

Minister Anurag Thakur said that the prices of LPG are increasing worldwide. A one-time grant of Rs 22,000 crore has been given to Oil Marketing Companies of Public Sector Undertakings. This decision has been taken so that the rising prices of petroleum products do not burden the citizens of the country. The grant is expected to bring down the price of gas during the festive season.

Regarding the decisions taken in the cabinet meeting, the Union Minister said that work is being done under the Act East policy. Under this, PM Divine Scheme for North East has been approved. 6000 crore has been sanctioned for this scheme. Talking about the bonus received by a railway employee, a railway employee gets a bonus of Rs 7000 per 30 days. In such a situation, a bonus of 78 days will be Rs 17951.

Forgery will not be possible in the name of ED, investigation...

PM Modi's visit to Haryana and Punjab, will give gift of...