Draupadi Murmu has been sworn in as the 15th President of the country. He was administered the oath by CJI NV Ramanna in the Central Hall of Parliament on Monday morning. 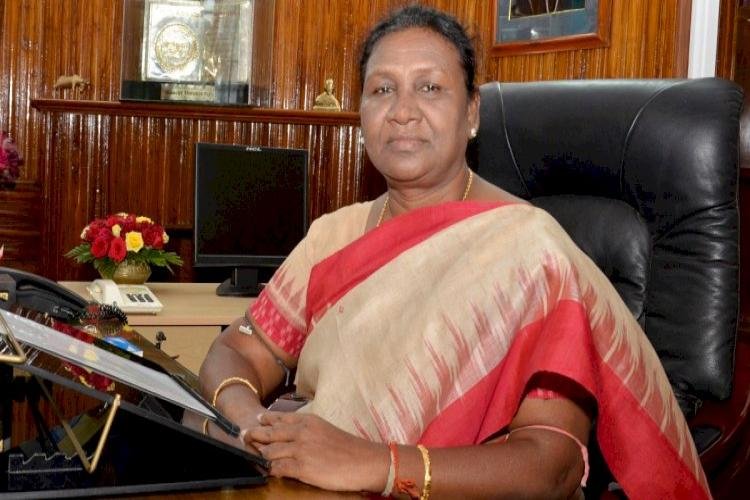 Chinese President Xi Jinping on Monday congratulated his Indian counterpart Draupadi Murmu in a letter on assuming office. In it, he said that he is ready to work with them to enhance political mutual trust, deepen practical cooperation and properly handle differences.

Heartiest congratulations to the President of India Smt Draupadi Murmu @rashtrapatibhvn. Today is a remarkable day in the history of democracy not just for India, but for indigenous peoples everywhere. @MEAIndia @NorwayMFA — Ambassador Hans Jacob Frydenlund (@NorwayAmbIndia) July 25, 2022

President Xi further said that China and India are each other's, important neighbors. Healthy and stable China-India relations are in line with the fundamental interests of both countries and their peoples, as well as conducive to peace, stability, and development in the region and around the world.

President Xi Jinping pointed out that China&India are important neighbors. A healthy&stable China-India relationship is in the fundamental interests of the two countries and peoples, and conducive to peace, stability and development in the region&the world as well. — Sun Weidong (@China_Amb_India) July 25, 2022

Apart from Xi Jinping, Sri Lankan President Ranil Wickremesinghe, who is facing an economic crisis, also congratulated Her Excellency Draupadi Murmu. He said that your appointment as this main responsibility is the biggest testimony of trust and confidence in the government in the largest democracy. At the same time, it is also proof that the people of the country have also reposed faith in your ability and political leadership. He further wrote that your leadership gives new impetus to our joint efforts to nurture and strengthen our cordial relationship and I look forward to working closely with you in this direction.

Earlier, when the counting of votes for the presidential election was completed and Draupadi Murmu was set to become the 15th President of India, leaders from across India as well as the Prime Minister of Nepal wished her. Significantly, 64-year-old Draupadi Murmu took office as the 15th President of India on Monday. She is the country's first tribal president and the second woman in the position.

Big Blow To Aaditya Thackeray! This Decision Came On The Radar Of The Modi Gover...

Rishi Sunak Told China The Biggest Threat, Said- I Will Take This Action If I Be...

Massive fire breaks out at shops in Mumbai's Andheri st...