The central government has got a setback against Khalistani separatist Gurpatwant Singh Pannu. Interpol has refused to issue a Red Corner Notice against the founder and Khalistan supporter of Canada-based Sikhs for Justice. India had made this appeal for the second time. 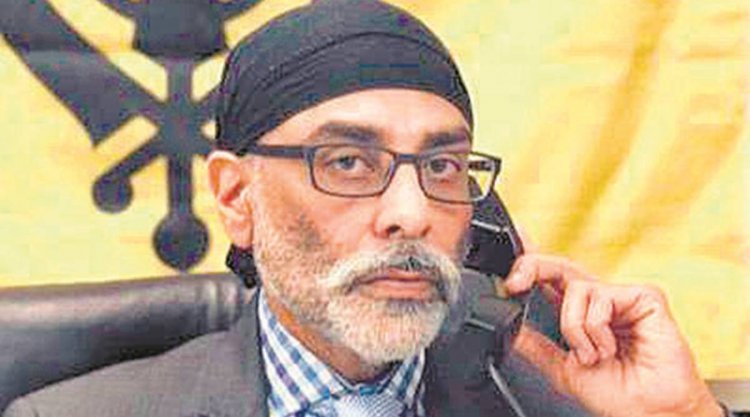 The central government has got a setback against Khalistan separatist Gurpatwant Singh Pannu. Interpol has rejected India's second request to issue a Red Corner Notice on terror charges against the Canada-based founder and legal advisor of pro-Khalistan Sikhs for Justice (SFJ). Interpol admitted that the high-profile Sikh is a separatist. It is being told that India has been disappointed due to insufficient information being presented by Indian officials against Gurpatwant Singh in Interpol.

According to media reports, Indian officials failed to provide concrete information against Pannu. Hence Interpol refused to issue the Red Corner Notice. This was the second appeal from India's side. Interpol also indicated that the UAPA law is designed to be misused. He said the law was being used to target critics, minority groups and rights activists.

However, sources said Interpol accepted that Pannun is a high-profile Sikh separatist and SFJ is a group that demands an independent Khalistan. They have concluded that there is a clear political dimension to Pannu's activities, which cannot be the subject of a Red Corner Notice as per the Constitution of Interpol.

The Commission for Control of Interpol's files conveyed its decision to India in August, after ruling on an application filed by Pannu at India's request and evaluating feedback from Indian authorities, the Indian Express reported. The Commission, during a session held in late June, concluded that insufficient information had been presented by India's National Central Bureau (NCB) to show the terrorist nature of the crime and the possible active and terrorist activities of Pannu.

Gurpatwant Singh, the founder and self-proclaimed leader of pro-Khalistan Sikh for Justice, has been conspiring to create disturbances in Punjab and Haryana by sitting abroad. Pannu has an important role in the attack and violent clashes by Khalistan supporters on the anti-Khalistan march in Patiala. On 1 July 2020, the Government of India declared Pannu a terrorist under the amended UAPA Act.

Sourav Ganguly Wants To Become BCCI President Once Again, But Turned Down The Po...

Ola-Uber and Rapido banned in Bangalore from today, Namma passenger cab app of a...

'Take our everything but don't sell the country', Mamat...